How to detect bribery, FCPA Law 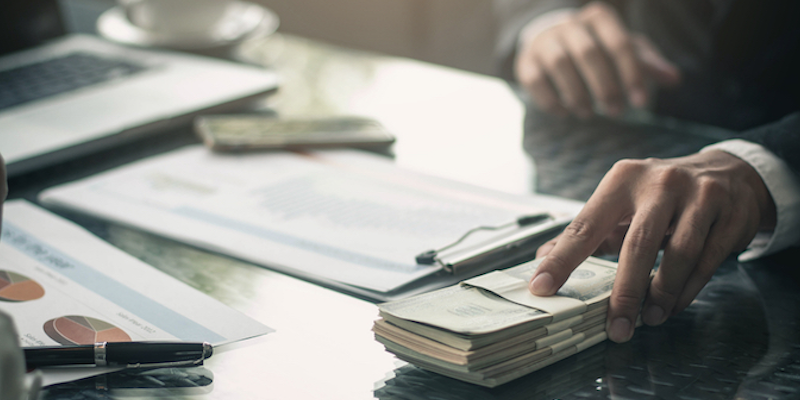 FCPA is the United States Federal Foreign Corrupt Practices Act that prohibits United States companies and any of their subsidiaries from directly or indirectly facilitating the bribery of foreign officials for the purpose of personally or collectively benefiting from the conduct of a business. business. In this article we will see how your company can implement detective and preventive controls using The Fraud Explorer Opensource Antifraud software, which through artificial intelligence implements Donald R. Cressey‘s fraud triangle analytics methodology.

Does your company do business abroad? Do you have commercial relations with government entities? FCPA could be your anti-corruption best practice framework to detect and prevent bribery

Situations that generate an early warning about the risk of bribery include that the company conducts international business as part of its economic activity, that direct or indirect intermediary agents are used that have links with the government and, above all, if there are comments from aisle between the commercials indicating that bribery is necessary to close the biggest deals.

Dishonest behaviors we want to detect

To pursue our objective of detecting and preventing bribery, we must first agree on the different situations that would lead to a red flag, these would be:

Among other situations that may derive from a suspicious conviction from or towards public officials to be able to close a business, especially when the culture of the business owner is that “businesses work like this”.

How can we detect these behaviors?

The Fraud Explorer, the Opensource Antifraud software, implements Donald Ray Cressey‘s fraud triangle analytics methodology through artificial intelligence. This software is capable of detecting bribery situations such as those indicated in the previous point, analyzing communications in search of acts that are considered corrupt according to the FCPA Law.

These acts are stored as behaviors in the software’s knowledge database, which were built by North American experts in the FCPA law for its application in Spanish and English-speaking companies.

Use case in the detection of behaviors

If we implement The Fraud Explorer in the organization and indicate the sources of corporate use for monitoring, we can detect a communication like the following, where the commercial tells the public official that he will obtain extraordinary profits in addition to the normal income he has: 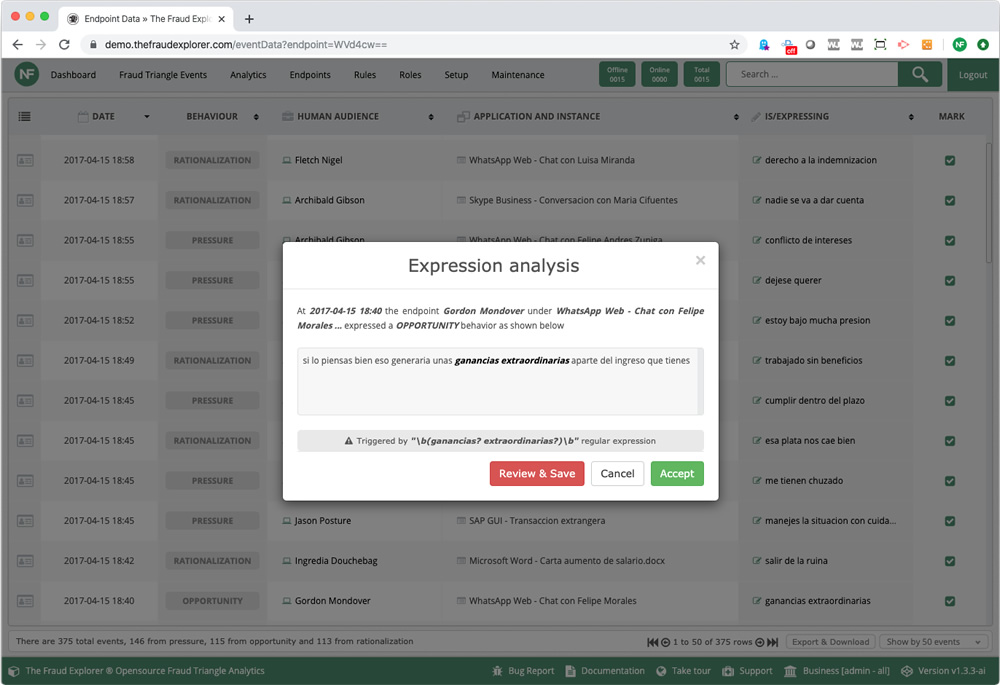 It is in this situation that an Opportunity alert is generated according to Donald Cressey‘s fraud triangle and the database with FCPA behaviors that we have uploaded to the artificial intelligence expert system. This software has more than 8,000 behaviors in its database, all of which can be used to combat corporate fraud, including that specified by the FCPA as bribery, which would also be typified by the ACFE fraud tree as corruption.

NOFRAUD is the company that develops The Fraud Explorer anti-fraud software and supports individuals and companies to face and solve their challenges regarding internal fraud, corruption and corporate abuse. NOFRAUD has created the largest behavioral database of dishonest acts in the world in Spanish and English, which is used by artificial intelligence to find suspicious patterns of corruption within organizations.

We enhance the ability of organizations to increase their profits by removing the possibility for perpetrators to negatively affect revenues through fraud, corruption, corporate abuse and the creation of toxic environments.

We detect and prevent corporate fraud
with innovative solutions